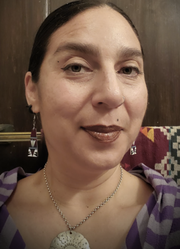 Carla M. Pérez (she/her) is a dedicated mother and community organizer of Native Mezo American and Spanish heritage residing in Oakland, California, and in 2013 became the founder of the Healing Clinic Collective (HCC). She graduated from UC Berkeley in 1999 with a BS in Conservation & Resource Studies with an emphasis on Environmental Racism. She has worked on issues of environmental justice, sustainable agriculture and ecological spirituality with community groups from Yucatán, Mexico to Bay Area environmental justice communities such as Richmond, East Oakland and BayView Hunters Point in San Francisco.

Prior to joining Movement Generation (MG) in 2007 as a co-founder of the Justice & Ecology Project, Carla spent 8 years as staff at Communities for a Better Environment (CBE). She is certified in Popular Education Training and Indigenous Permaculture Design. Carla also actively organizes in her spiritual community.
​
​Today, Carla continues to be a member of the MG collective in addition to being the Lead Coordinator of the HCC. She is dedicated to developing her healing and spiritual work including studying with her teachers around plant medicine, prayer, traditional sobadas, energy healing and the traditional Mexican temazcal.

​Carla’s hard work is done in dedication to her parents, her daughters and to the Spirit of Creation. 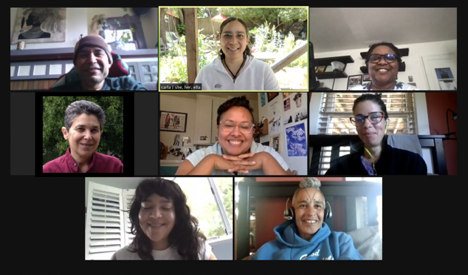 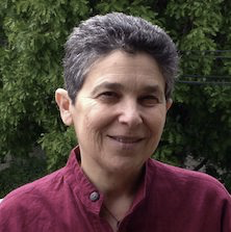 Deborah Yarock (she/her/they) is a second generation, U.S. born Jewish lesbian, originally from the east coast. They have lived and worked in the San Francisco Bay area since 1988. Spiritually-centered and creative by nature, Deborah is a self-taught musician and singer-songwriter with deep appreciation for all the arts, especially as they contribute to our healing and connection.

For over thirty years, Deborah has served as a counselor, supervisor, therapist, and teacher in a variety of community-based, educational, and private practice settings. She is the co-founder and lead instructor of Inner Science Institute which specializes in training mental health clinicians who value progressive social change and spiritual awakening to recognize and amplify inner resources by learning to work from the inside out.

To learn more about Deborah’s psychotherapy practice, go to www.deborahyarockmft.com. 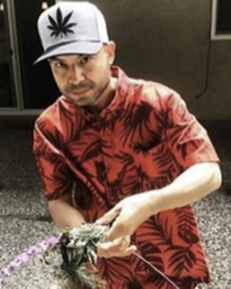 Esteban Orozco (he/they) is a Holistic Nutrition Coach, based in Huichun territory. He's the son of a midwife and Mexica medicine man. He grew up primarily on the west coast, from Alaska to Mexico and has worked part time as nutrition coach and in healthy cooking for over 6 years. He’s studied holistic nutrition in 2012 at the Institute for Integrative Nutrition and at Bauman College Holistic Nutrition and Culinary Arts.  In 2013 he coached a wide variety of clients at IEP (Immune Enhancement Project) in the Castro, in SF. And worked as a cannabis grower and trimmer in Mendocino for over three years. He has a Cannabis certificate from Oaksterdam.  Esteban has studied with Guillermo Vasquez (from Indigenous Permaculture) in Oakland and appreciates connecting clients to the importance of growing their own food. His approach is to meet clients where they are at and encourage them, using tips and encouragement to bring them to their highest forms of health. Often helping them to set manageable goals using whole foods, home cooking, nutrient-dense superfoods and holistic practices (and cbd and cannabis, if they want). Common issues addressed: eating more healthy, anxiety, depression, diabetes, weight management, insomnia, and many other health issues.

All of the various training and organizing has inspired him to write a healthy decolonized cookbook. It's due to be published in the Winter of 2019, called “7 Generations Forward”. He has presented aspects of the book at several conferences this year: the MEChA Nationals 2019 Conference, in LA; the Chingonas, Badasses and Goddesses Conference, in Oakland; the first Environmental Students of Color Conference at UC Berkeley;  the New Moon Mycelium Summit, in upstate NY; and at the NorthWest Permaculture Convergence, in Eugene, OR.  Esteban is excited to be connecting ancestral knowledge with holistic health training. And introducing this type of healing to many POC, latinos, Chicanos and indigenous clients who are new to it.  You can connect with his work on Facebook, or Instagram at @ComidaPuraCoaching. Esteban has served as a Practitioner for the HCC several times since 2014, offering nutrition and bodywork. 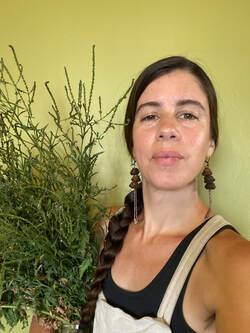 Myrna Cabán Lezcano (she/they) is a queer, Boricua (Puerto Rican) community herbalist, educator, and cultural organizer. Music is her sanctuary, plants are her church. Myrna is committed to co-creating liberatory spaces for all, especially for Boricuas, QTBIPOC, mixed race, and chronically ill folks everywhere. Since 2014, Myrna has opened up her homes for community healing and learning.

She’s taught Caribbean Plant Medicine classes at Ancestral Apothecary School since 2019 and is one of the school’s core Cecemmana teachers as well as a founding member of the Healing Clinic’s Community Care Herbal Response Project. Myrna knows intimately the experiences of being a migrant, working class, survivor, caregiver, living with chronic pain. These initiations have supported her in showing up authentically for her peoples.

Since 2012, Myrna has been returning to Borikén to heal, learn from the land, connect with her people and share medicine. You can learn more about her background, healing justice and medicine offerings at: Flor y Machete. Follow Myrna on Instagram at @florymachete.  Myrna has been a Practitioner in the HCC Network since 2019. 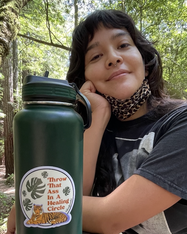 Rebecca Orozco (they/them/she/her) - is a brown queer xicanx Full-Spectrum Doula, and Traditional Mexican Bodyworker apprentice and limpiadora. They tenderly support individuals & (chosen) families through (re)Birth, Transformation, and Death. They believe every person who wants support deserves to have sacred space held and to be witnessed during Life's many transitions, however little or big. They believe strongly in working collectively to heal, learn, remember ancestral traditions, and radically revision our meanings of community. They organize closely with Roots of Labor Birth Collective and are an active resident of the Bay Area Community Land Trust. Rebecca first participated at an HCC youth clinic in 2015.
Robbie Clark (they/them) is a Black, queer trans masculine freedom fighter, born and raised in Oakland, California.

The TGNC2S clinic is Robbie’s first healing clinic. Robbie was encouraged to get involved with the healing clinic collective after relying on eastern medicine to curb the side effects of treatment for cancer in 2019. It’s important to them that healing remains central to their work, and to be part of building a movement culture where we can both heal and practice freedom together.

For more than 15 years, Robbie has been part of the social justice movement, spending a majority of that time as an organizer at Causa Justa::Just Cause. Robbie has led a number of campaigns expanding the rights of tenants in Oakland, and has been part of a number of formations and coalitions. Robbie currently works at the Right to the City Alliance, as a Senior Organizer and is studying Medical Qi Gong at AIMC in Berkeley. Robbie joined the HCC Network as a volunteer in 2019 as a volunteer. 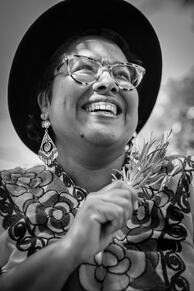 Susana Ix Chel Cáceres (she/her) is a queer embryonic immigrant, made in El Salvador and born and raised in Pico Union and South Central, Los Angeles, California. She is of Pipil, Maya and Lenca indigenous ancestry. She speaks her truth through poetry which is a tradition passed down by the women in her familia and hers is simple and self-involved. She is a singer and drummer of ceremony songs as part of the Bay Area American Indian Two Spirits (BAAITS) Drum. In 2013 she completed a short documentary in honor of her Abuelitos, Love Needs No Words and in 2018 she debuted her second documentary in honor of her Two-Spirit drum, The Indian Is Still Alive and The Indian Knows The Songs (both films are part of QWOCMAP, the Queer Women of Color Media Arts Project). She is a student curandera studying under Estela Roman and her magical powers are forgiving herself, seeing the gifts in people and connecting people to resources.
Formerly she was the Executive Director for El/La Para TransLatinas, a nonprofit organization for transgender women from Latin American in the Mission of San Francisco. She currently works as a fundraising consultant and transformative coach for trans and queer people of color. She also contributes to transnational solidarity with the women of the U’wa tribe in Colombia with Mujer U’wa, an organization she runs with her friends. Susana has been volunteering in support of HCC’s limpia practitioners since 2015.
​